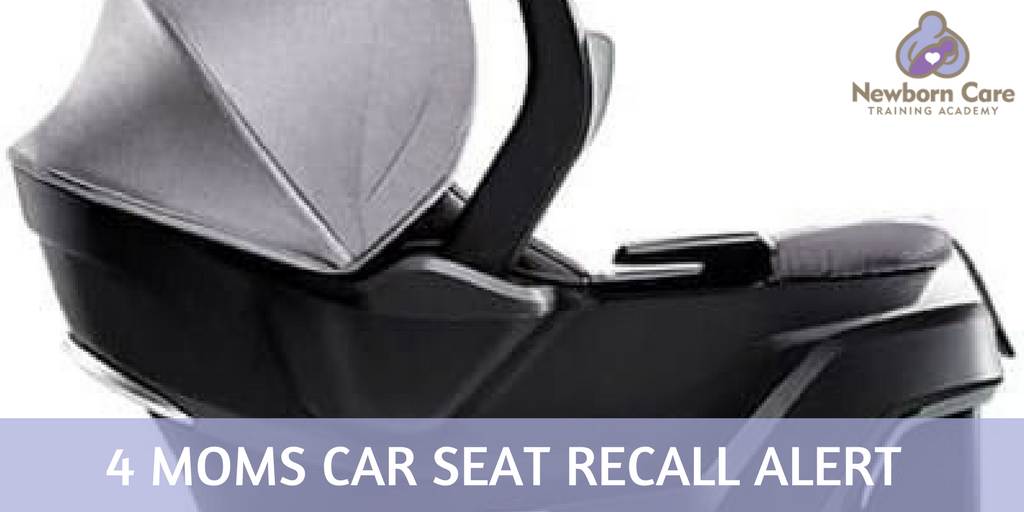 Both Haleigh and I are car seat junkies, really, baby gear in general. The ABC Baby Expo is our heaven on Earth. When we saw the 4moms self-installing car seat debut at the expo a few years ago we were excited for the possibility of it leading to fewer car seats being installed incorrectly. And let’s be honest, it’s just a really neat concept. We were disappointed to learn of the 4moms car seat recall, but thankfully, this defect is estimated to only affect 2% of the 1,622 car seats manufactured in 2016. Read on to learn more info.

“During our investigation, we discovered a potential issue with the infant carrier’s coupling hooks – the hooks that lock the carrier into the base. In some carriers, the coupling hooks have been improperly riveted, potentially causing them to stick and fail to attach to the car seat base. This defect has only been observed after extended use and testing, and there have been no reported injuries.”

What you Need to Know

How to determine if a car seat is recalled: https://www.4moms.com/recalls/ics_recall

If you have any questions regarding the 4moms self installing car seat recall, you can contact their Customer Care Team at 1-888-614-6667.