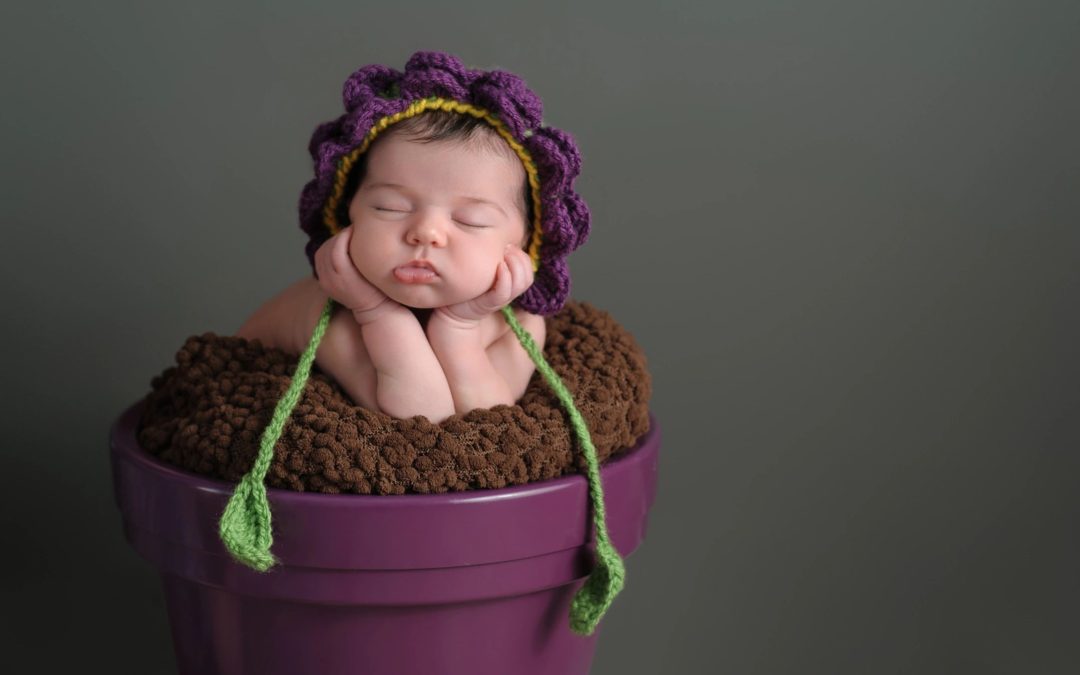 Gross motor development in newborns starts in utero. If you have ever been pregnant then you can understand this by all the movements your unborn baby was doing inside your womb. It would start as little flutters and then you as you get towards the end of your pregnancy you are feeling, (and seeing!) your little one have bigger movements. This happens as the larger muscles development in size.

Once born the newborn will develop strength in his larger muscle groups usually from head to toe. It starts with learning head and neck control. Newborns can’t support their heads at first so we must do it for them. Eventually they get less wobbly and soon can hold their own head up. This happens during the first 3-4 months of life.

Rolling over is another gross motor milestone. Even some newborns have been known to roll over. (Never leave any child unattended on a flat surface as they can roll off and get seriously injured.) Infants usually use their heads to start to turn over. Around 3 months they can get to their sides from their backs. Infants seem to have an easier time figuring out how to roll from their belly to their backs first, usually between 4-6 months of age and eventually they master rolling in both directions.

The next gross motor milestone infants go to next is crawling. This can go hand in hand with learning to sit or develop after sitting is mastered. Some skip crawling all together, some scoot on their bottom, some do an army crawl and some will do a traditional crawl on hands and knees. You should encourage crawling in an infant as it is an important developmental milestone to be reached. On average an infant starts early crawling around the 6th or 7th month of life and eventually master by 9-10 months old.

The last big gross motor developments happening by the end of the first year of life is walking. First is begins as standing, some as early as 6 months but can be as late as 10 months. Then continues to cruising by holding onto furniture to walk around. Then finally it is walking. Sometimes you see people post their infants walking as early as 9 months and some walking as late as 15 months. There is a wide range of normal.

If you feel like your infant is not meeting gross motor milestones like you think they should, definitely bring it up to a pediatrician. If you are a newborn care specialist, bring up your concerns with the parents and encourage them to seek out the advice of their child’s doctor.